You’ve likely seen a Westie and Yorkie mix before, as they are incredibly personable. This breed captures all of the best traits of its parent breeds, making it a fantastic dog to have at home.

With a Fourche Terrier, you will have a happy and alert pet that will always make you feel safe, even though they are a little stubborn at times.

The History of the Fourche Terrier

Westies, one of the parents to the Fourche Terrier, were initially bred in Scotland during the 1800s and were fantastic partners for hunting vermin and foxes. Introduced into the United States in the 1900s, they are now the 41st most popular dog in North America.

Yorkshire Terriers, on the other hand, were bred in England in the 1800s. Similarly, Yorkies were often renowned for hunting vermin and are said to be a mixture of multiple types of terriers and the Maltese.

It is easily one of the most beautiful Terrier breeds and, due to their aesthetic appearance, transitioned from hunting to becoming show dogs. First brought to the United States in the late 1800s, Yorkies are the ninth most popular dog breed in North America.

What Is a Fourche Terrier’s Personality?

Learning is one of the Fourche Terrier’s favorite pastimes, and without constant exercise, they can become unruly and anxious. They are an incredibly active breed and require at least 60 minutes of exercise daily. On average, Fourche Terriers require six-mile walks daily.

Luckily, you can manage their activity both indoors and outdoors because they love playing anywhere. Indoors, you can provide them with an extensive array of intelligent toys that they can chase around.

They also love playing with children and adult family members, as well as other pets, especially if the best treats are involved. You may want even to consider allowing them to swim or providing them with agility training to help expel most of their energy.

The Health of a Fourche Terrier

There are a few notable health concerns for a Fourche Terrier, especially as they are a smaller breed. Some of their minor concerns include keratoconjunctivitis sicca, seborrhea, cataracts, deafness, and atopic dermatitis.

The more severe health issues to watch out for include:

There are numerous variations of Fourche Terriers that you can find, as their coats are commonly white, brown, gray, black, or brindle. They also feature a layer that is in between medium and long but is known for its density.

With a beautiful wave to the hair, this breed is relatively easy to groom, as long as you do it regularly. Most dogs will have a thick and rough coat, though some are shiny and soft, much like one of their parents, the Yorkshire Terrier.

One of the most noticeable traits of a Fourche Terrier is its ears, as they are pointed and broad. When listening, they will stand at attention and may sometimes cock their head to the side.

Similar to other Westie breeds, they always have an alert expression, which is quite noticeable against their dark eyes, black nose, and a relatively small head. On average, they can be as tall as 10 inches and may weigh up to 15 pounds.

How to Maintain a Fourche Terrier

The three main tools you’ll want to have in your grooming kit for this breed are a pin brush, slicker brush, and a nail clipper. It’s also a great idea to find a professional groomer, as they will have the right products to let the true beauty of your Fourche Terrier shine through.

Fourche Terriers require regular brushing with firm bristles and slicker brushes at least four times per week. You may also want to consider having them professionally groomed several times yearly to keep their coat in pristine condition.

As this breed is prone to skin conditions, it is best to opt for shampoos recommended by your veterinarian to prevent itchiness and infections.

Similar to most other Westie mixes, you’ll need to make sure their ears are regularly inspected and cleaned to prevent infection. Also, ensure their teeth are brushed daily, as smaller dog breeds are prone to tooth decay.

Tips for Exercising Your Fourche Terrier

Even with adequate training, you can guarantee your Fourche Terrier is going to need plenty of exercise. As they are known for their anxiousness and nervousness, ensuring they get more than enough playtime throughout the day can be quite beneficial.

You may also want to take the time to let them expel their energy before training so that they become better listeners.

It’s important to note that when walking your dog, you’ll want to consider a special harness that will be comfortable for them to wear. Fourche Terriers are known to have sensitive necks and backs, which means that you’ll want a soft harness compared to a collar, especially while on-leash.

If you’re not particularly interested in spending up to 90 minutes outside exercising your dog, you’ll be glad to know that this breed can also find plenty of entertainment indoors. If your family has children or other pets, you’ll love how they will playfully run and chase without any extra effort.

Overall, a Westie and Yorkie mix is a dog breed that will surely give you more than you bargained for in terms of energy and exercise. Fantastic for families with kids and pets, your Fourche Terrier will always tire your kids out before they’re tired themselves. With an incredibly loyal, curious, and loving nature, they’re a great breed to learn more about. 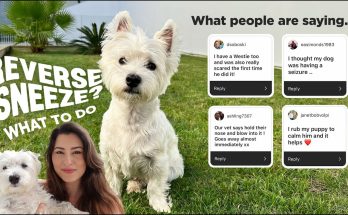 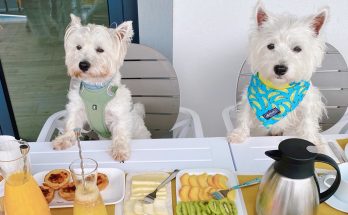