As you probably know already, the Westie is a small, white terrier dog with a fluffy coat. It originated in Scotland and was bred specifically for hunting small game such as rats and rabbits. Despite its name, the Westie isn’t actually from West Lothian – it’s just named after that area of Scotland. Since their ancestors were so good at hunting rodents (particularly rats), these dogs are known for having an excellent sense of smell and hearing. In fact, many people say that these pooches can hear even better than some humans!

If you love your Westie as much as I love mine then this article will help you learn more about them! Here are some fun facts about this breed: 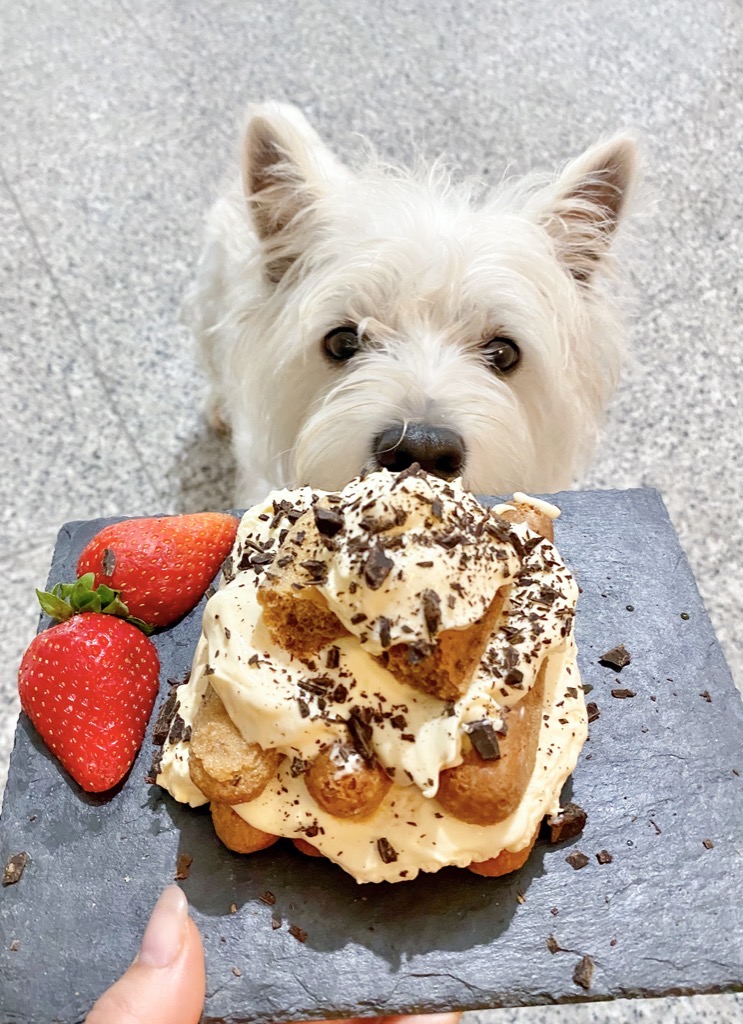 You may have heard that a Westie’s sense of smell is so good that they can detect the scent of a fire on their owner’s clothes. This is true! In fact, most dogs’ sense of smell is about 100 times more powerful than humans. A Westie’s nose knows what you ate for breakfast yesterday and whether or not you brushed your teeth since then.

The superior hearing abilities of a Westie are also well known—they can hear higher frequencies than humans and can even detect sounds from farther away. Their acute hearing makes it possible for them to be alert and aware even when sleeping soundly in your lap!

Westies are actually classified as a terrier dog breed. Terriers are known for their feisty personalities and loyalty, intelligence, and courage. These traits mean that Westies make great companions—they’re always eager to play with you or help you out when needed.

Terriers also have short hair, which is why they’re sometimes called “smooth” terriers. 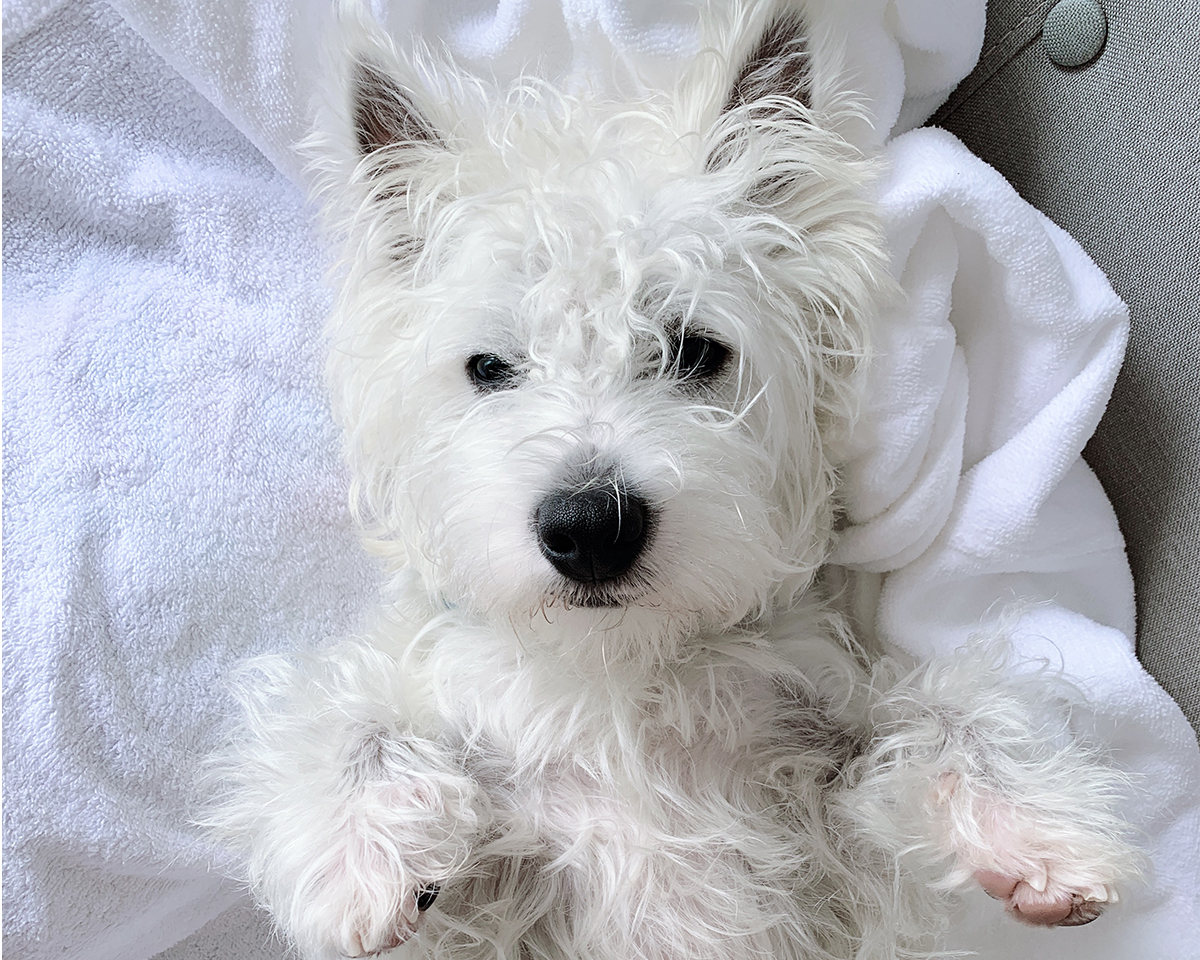 You may have heard of the Westie as a “West Highland White Terrier,” but it’s also just as commonly referred to as a Westie. The name is a reference to the dog’s distinctive coat, which has been called white since at least 1790. In fact, the breed is known for its snow-white fur and comes from Scotland, where they were bred to hunt vermin in harsh conditions.

These dogs were originally hunting dogs!

The West Highland White Terrier was originally bred in Scotland to hunt rats, mice, otters, and foxes. These dogs were used for hunting since the 1800s, and their small size makes them agile enough to follow prey into their dens. They also have a very strong sense of smell which helps them track down their game. And you can still see this in they prey drive. I mean, we never let Sami off leash, because if he sees a squirrel, that’s it! 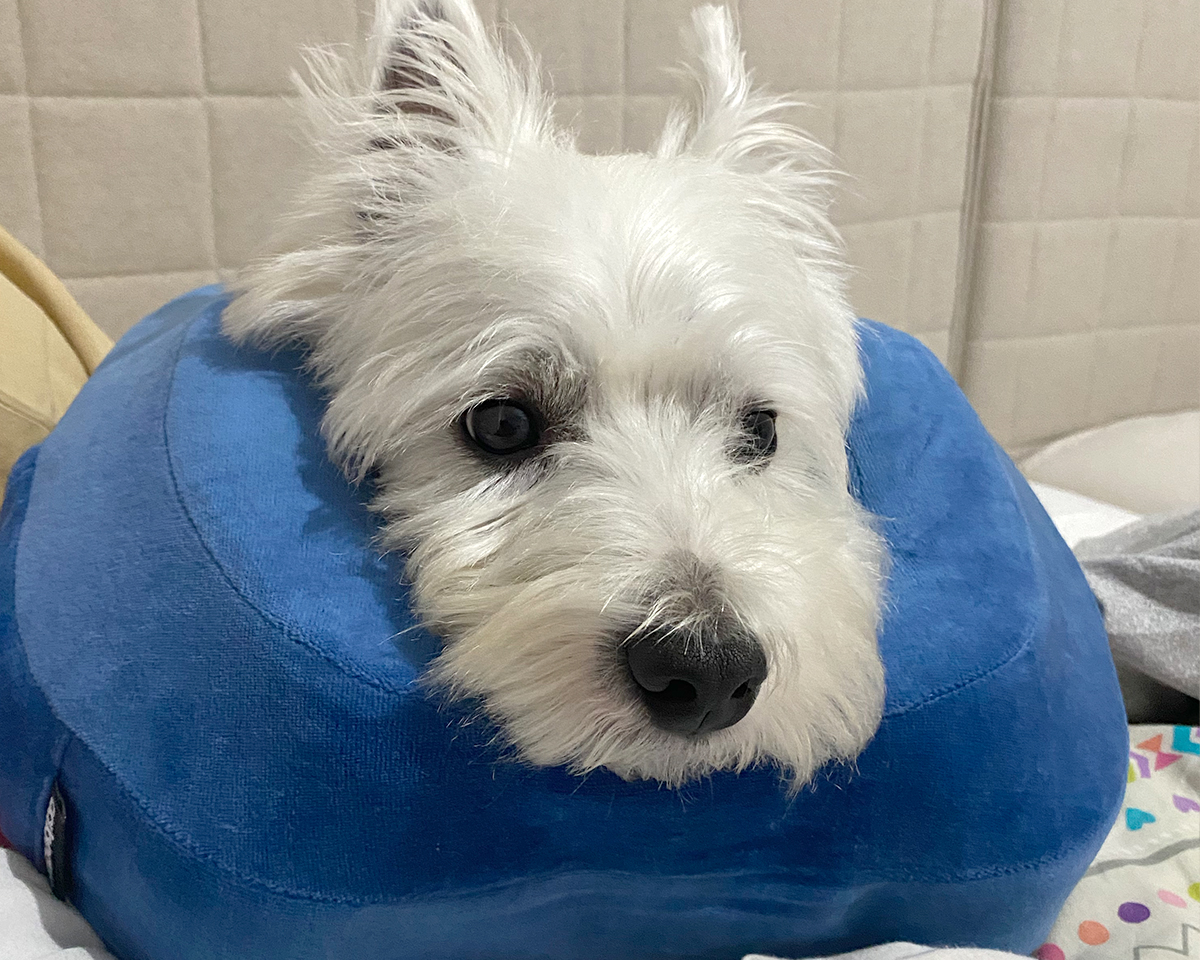 Westie Dogs could have medical problems too

Westie dog insurance is important because they can be prone to certain health issues like Keratoconjunctivitis Sicca (KCS), copper toxicosis, allergic skin disorders (like Sami), obesity, Legg-Perthes Disease, ear disease, and dental problems. We take Sami to the vet almost every 2 months, because of his allergies, and these bills add up.

Hence, a reliable Westie dog insurance policy can help you with vet bills, like if your dog needs surgery or has a chronic condition. It’s helpful for unexpected accidents that happen in the future and could save you money on your monthly budget!

The West Highland White Terrier was first recognized by the American Kennel Club in 1908, making them the first breed to be recognized by AKC.

The breed standard is a written description of how your dog should look and behave. It tells you what to expect when you bring home a puppy and gives guidelines on how to train your dog properly.

The Westie is part of the terrier group within AKC, which also includes Jack Russells and Border Collies (among others). These breeds all share similar traits: they’re intelligent, energetic little dogs who will keep you on your toes! 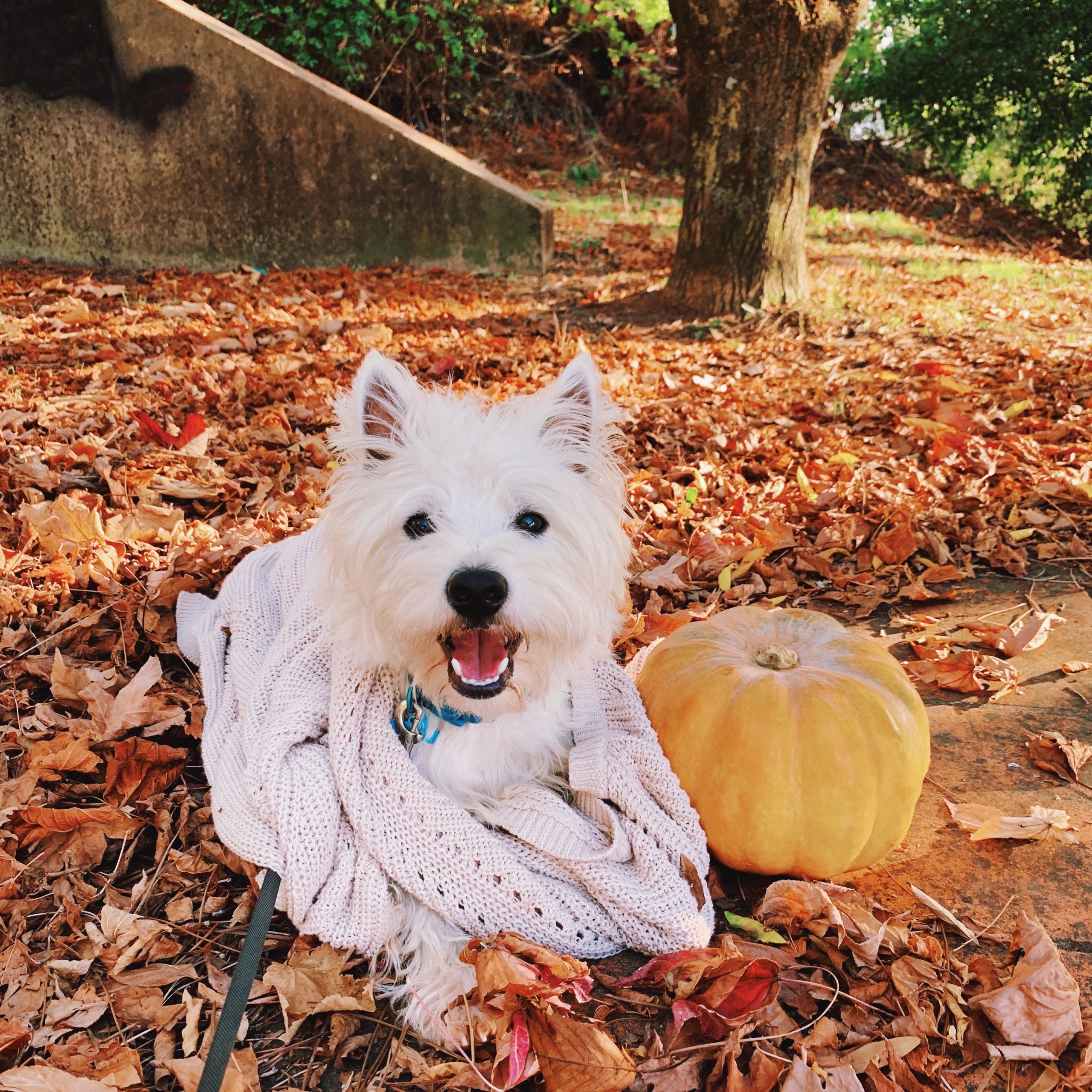 The dog featured in the Cesar Millan logo is a West Highland Terrier named Preston. He was rescued from a shelter when he was six months old, and has been with Millan ever since.

Westies have a white coat that can be solid white or carry shades of gray or tan. This is because their double-coat consists of both long, smooth hair and short, soft hair. The color of their coat can change based on their diet; it’s thought that feeding them more fish oil may give them a lighter shade of white. 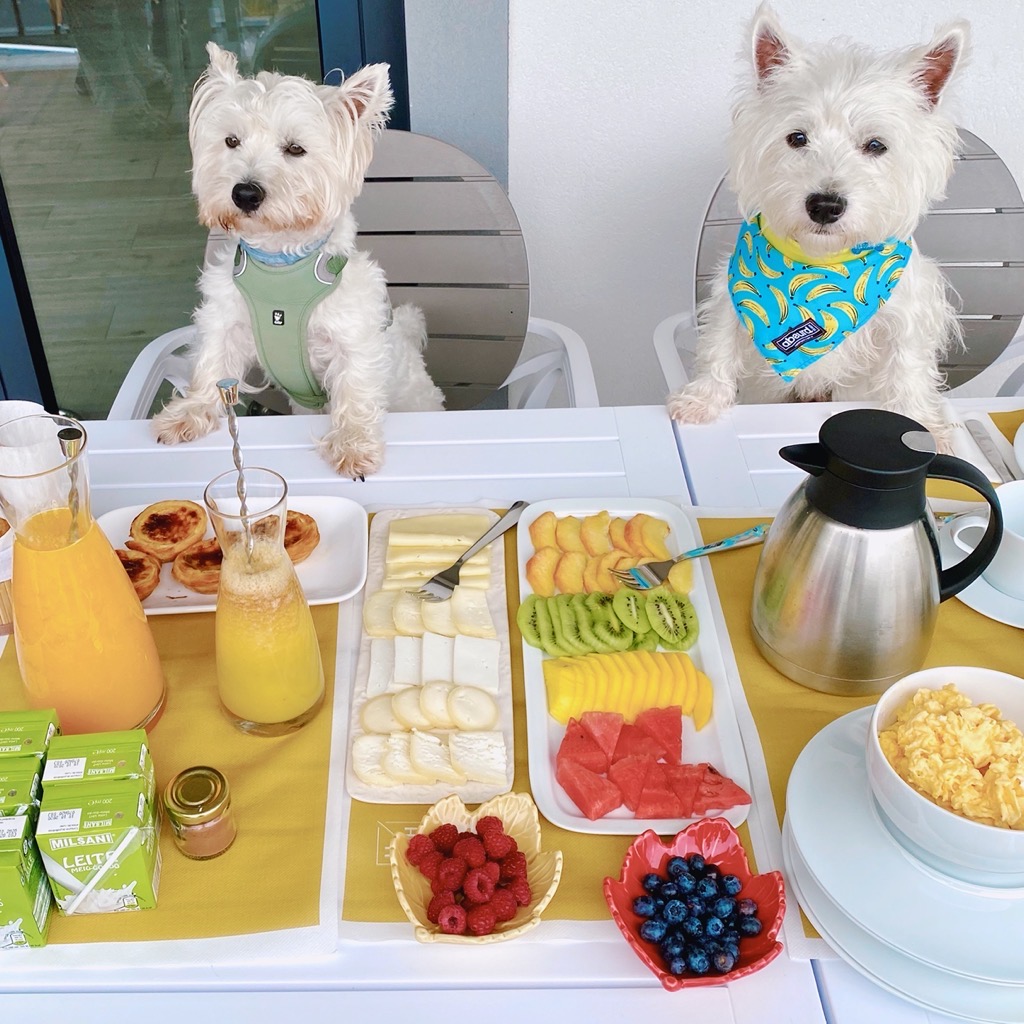 If you own a Westie, congratulations! You’re part of a very special breed of dog. Since they’re so unique and have a reputation for being feisty, it can be hard to find information online about them. That’s what we hope we did here—we did our research and provided interesting facts about the West Highland White Terrier. Now that you know what makes your dog so special, there are lots of things you can do with them! Maybe take them on more walks or play fetch in the backyard? Whatever it is, make sure they get plenty of attention from their owner because this breed needs love too! 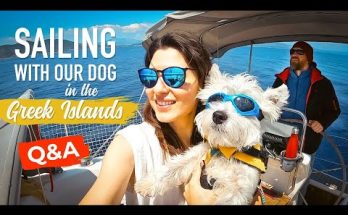 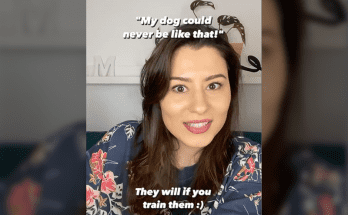 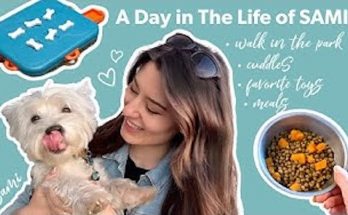 Is Your Westie Dog Annoyed or Stressed? 5 SIGNS OF DISCOMFORT 🥵 4K

The reality of having a Westie! | Dog hogging the bed 🙈 #shorts

How to make your Westie happy? | TOP 5 THINGS THEY LOVE ❤️

I thought having a Westie was easy... | Dog allergies 👀
Load More... Subscribe

Walking on Lisbon's Pink Street, where life is all

New video on my channel! 😍🐾 5 signs that you

Woohoo, the day has finally come! 🎉😍 All the

What are the TOP 5 things that make a Westie happy

I've been meaning to show you my winter wardrobe!

Update on last week's "adventure" 👀 My wound he

If you haven't watched my latest video on YouTube,

Friends, I had an incident, I accidentally ripped

Here are some candid photos where "oh, I wasn't lo

The sea was my home for 3 months this year 😍 De

Reposting one of my best reels from last year 😂

Me scrolling through Netflix deciding what to watc