Before I got Sami, I found out through friends who had Westies what I should expect from him. They gave me a lot of useful information, which helped me prepare for Sami. If you’re wondering what qualities in a pet dog are essential, especially in a Westie, because you want to get one, I can share with you what I learned.

The information I share with you today is a combination of what I’ve learned through my friends and the research I performed on my own. Without wasting any more time because I know you’re anxious to learn more about Westies, here are the qualities you will find in your Westie: 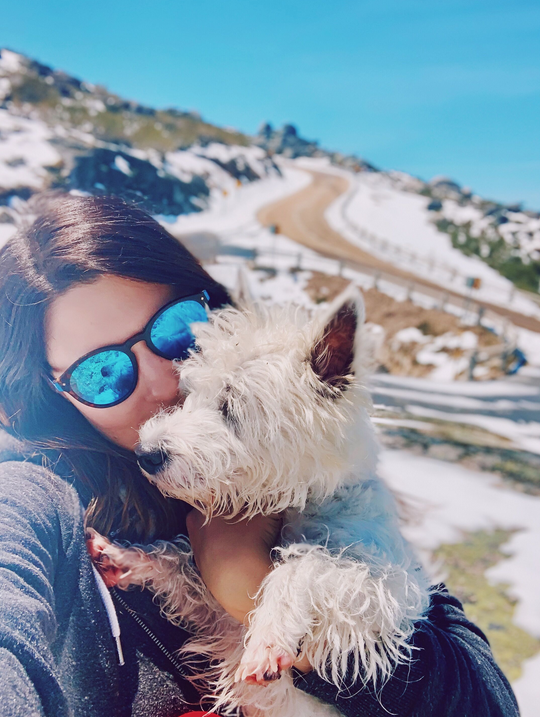 1. Westies Have a Larger Than Life Personality

Westies’ larger than life personality makes up for their small size. You’ve probably heard of Westies being described as bold, independent, and strong-willed, but don’t let that scare you. These tough little dogs have a heart of gold. They are affectionate, loving, friendly, and loyal.

They have lots of love to give. For instance, Sami doesn’t miss a chance to snuggle up to me. He’s my first child, always finding ways to sit close to me.

You don’t want to encourage their barking behavior, but you also don’t want to discourage it completely either. These small dogs have strong pipes on them. Their loud and continuous barking makes them good watchdogs. They’ll bark at every sound they hear and everything that moves. You can train them to minimize the barking behavior, training them to “Stop.”

3. Westies Are Extremely Possessive About Their Food and Toys

When you give your Westie a toy or food, it’s theirs forever and they’ll not share it with you or anyone. You can’t teach them how to share, but you can teach them to get along with other pets and even kids. To keep other paws and hands off their toys, they dig up a hole in the ground and bury them.

By the way, they love to dig. However, you’ll run into a problem if you’re a gardener. But there’s a solution. I have given Sami an area of the garden where he can dig. At the start, dig with him and he’ll help you with him. Do this often and soon, he’ll know that he can only dig in that area of the garden.

Sami loves people and kids as long as they don’t pull his tail, tug on his ears, and tease him. Sami and his entire dog breed lacks patience. Train your Westie to get along with kids and tell your kids not to do the things a Westie doesn’t like. You can make it work. It isn’t as hard as it seems.

Because Westies enjoy participating in family activities, which is why I take Sami on every vacation I go to. He absolutely loves going in the car, traveling in the plane, and going to different places. Sami and I have one thing in common — we both love to explore our surroundings.

5. Westies Are Bossy with Other Dogs

Even though I do not have more dogs, my friends who have Westies and other dogs tell me of their bossy nature. The boss in Westies comes out when they’re around dogs of the same gender. I mean there won’t be a battle to claim the turf and usually, they’ll live peacefully with other dogs.

6. Westies Have a High Energy Level

Again, don’t let their cuteness and adorableness fool you because they’re brimming with energy. Energy is exploding out of every cell of their little bodies. They’ll come and sit on your lap, but not for long. They can’t sit in one place for long, but are always moving around here and there.

Knowing this, I always take Sami for long walks each day and play games with him in my backyard, local park, or the beach. He loves the beach the most because he has a lot of room to run and he can also enjoy his favorite activity there — digging! Be sure to take dog toys, such as balls and throw them as far as you can for them to chase and bring them back to you. Yes, they’ll tire out, but they’ll love you a little extra for it.

One word associated with Westies is intelligence. They are intelligent, curious, alert, and clever dogs. If you have this terrier breed, you’re in luck because out of all the terrier breeds, they’re the easiest to train. I recommend that you train your Westie when he’s a puppy.

I trained Sami from a young age by developing a food reward system. When he listened to me, I gave him a treat. You can also enroll your Westie in an obedience class if you don’t want to train him yourself. I did that as well. Also, don’t take your Westie off his leash because his curious nature will get the best of him and he’ll run after the moving object or animal.

What Else Do You Need to Know?

Here are other quick facts about Westies you need to know:

Clearly, a Westie is a dog that you should get. If you have children, they’ll love him. Even though Sami is an only child right now, I know if I ever get more pets, Sami will be the most excited to meet them. Now, I know that it may seem like a daunting idea right now (it’s a big responsibility regardless of the type of dog breed you get) but take my word for it, having a Westie for a pet is one of the best parts of my life.

If you’re concerned about a few negative traits, don’t be because it’s not something you can’t overlook and train to minimize.