When it comes to the West Highland White Terrier and Yorkshire Terrier, both breeds were originally from the UK. Yorkies tend to grow about two inches shorter than a Westie and could weigh up to 15 pounds less. However, they have similar lifespans, which is up to 15 years.

With so many similarities, people may think the Westie vs Yorkie question isn’t necessary, but this is incorrect. So, we talked about the differences between these dogs to give you more information about them. That way, you can make an informed decision about which one to get for your household.

Westie vs Yorkie: The Differences

The Westie is originally from a place in Scotland called Poltalloch. Though primarily known as Poltalloch terriers and Roseneath terriers, they are now called West Highland White Terriers.

These dogs are always white. Breed history indicates that Colonel Malcolm from Poltalloch went frequently hunting in the 19th century. Sometimes, he shot his dogs on accident because they were the same color as the prey.

Though these dogs aren’t fighters, they do hunt. They were used for hunting otter, badger, and fox. Plus, these dogs could kill vermin, including rats.

Yorkshire terriers are initially from Yorkshire in Northern England. Scottish workers went to the city in the mid-19th century for work and brought many small terrier dogs with them.

These dogs are also called Toy Terriers and Broken Haired Scotch Terriers. It wasn’t until 1874 when they were officially named Yorkshire Terriers. Though they were hunting dogs initially, they are now seen as human-companion dogs.

West Highland White Terriers are small dogs, but they are on the larger size. They can work well as therapy dogs and are well-known for being obedient when trained correctly. Those who own Westies will likely find them to be entertaining. 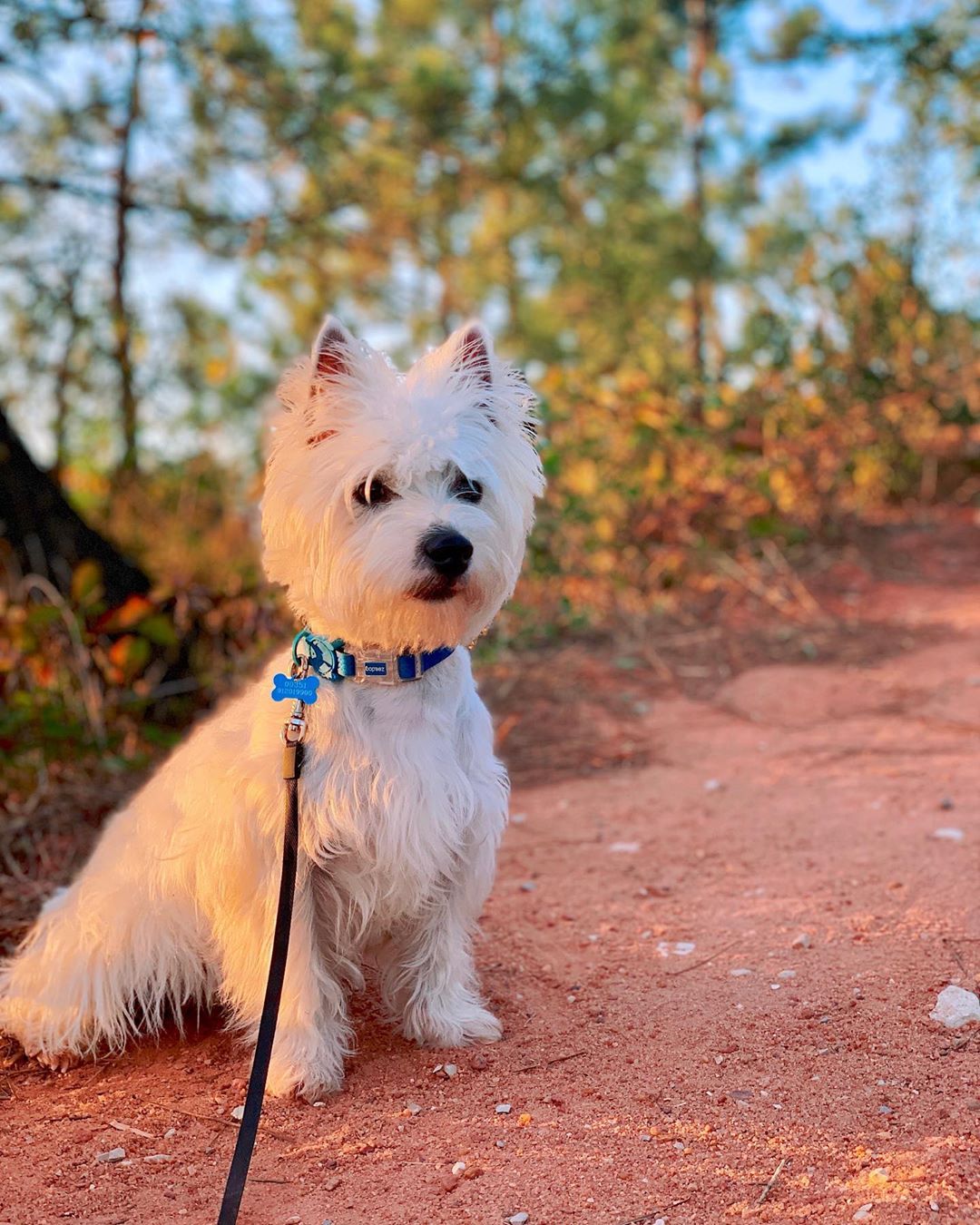 These dogs can live in almost any setting, including big-city apartments and out in the country. When living in an apartment, though, it might be wise to invest in training to prevent excessive barking. Westies do enjoy barking at noises, strangers, and anyone who visits the house or knocks on the door.

You’ll find that these dogs love to travel, even if it’s just a short trip. Plus, they are well-behaved while you’re at work, but you should probably walk them in the morning and again when you get home.

When training your Westie, make sure you are patient and calm. This breed is quite sensitive to the sound of your voice and your mannerisms. You may want to use positive reinforcement with special training treats.

Yorkies do have similar qualities, such as pointed ears and a furry face. They also have a great personality and can be fun and spontaneous. These dogs are ideal for companionship, but they can also be watchdogs, alerting you to any potential dangers. 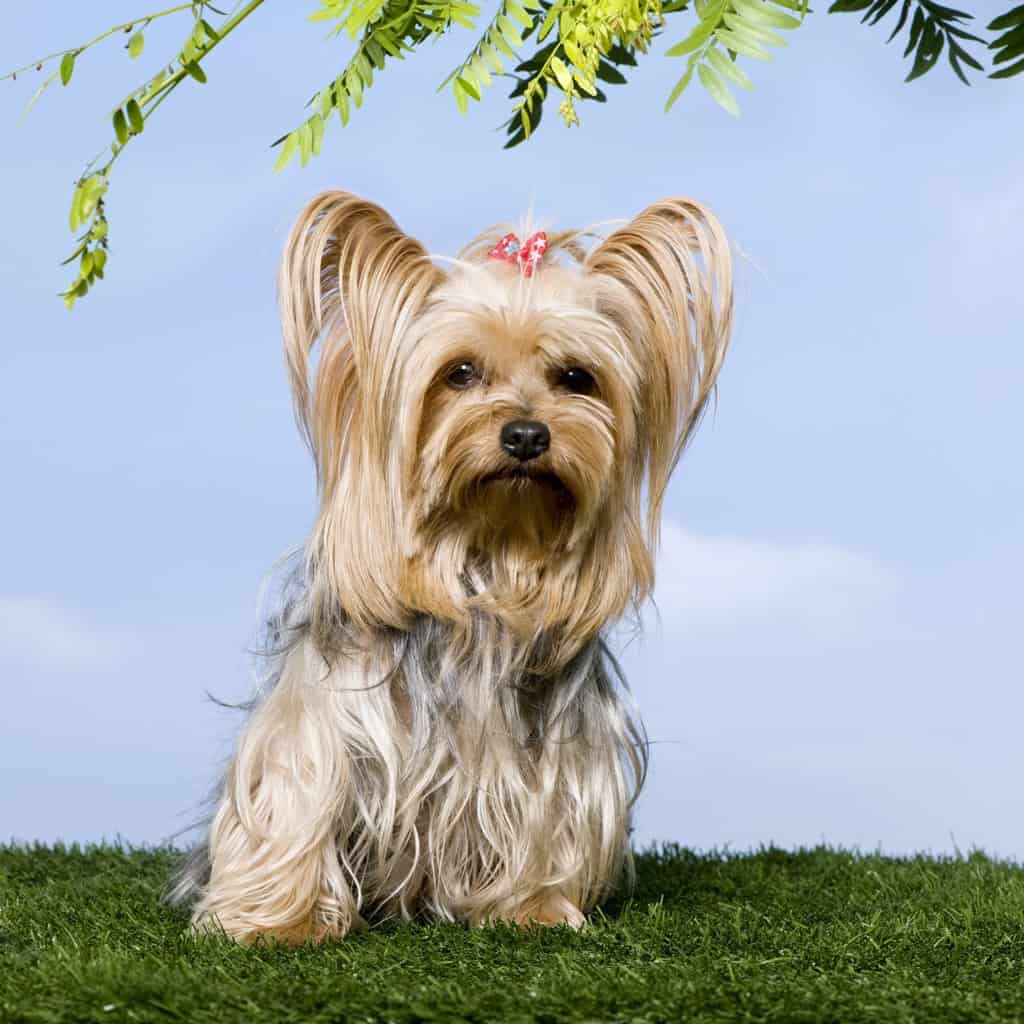 Whenever a stranger is around, the Yorkie will bark. Therefore, you may need to pay close attention to their training. Otherwise, they might disturb the neighbors all day long, making them upset.

These dogs rarely get on well with other dogs. If you plan to have a Yorkshire Terrier, it’s ideal to be a one-dog household.

You’ll find that the Yorkie wants to spend as much time as possible with their humans. If you leave them alone for extended periods, they are likely to get depressed or bark often. Plus, you can live in an apartment or the country; these dogs get along well regardless of their habitat.

Though both breeds are relatively healthy, they can have chronic conditions. For example, Westies might have itchy skin or even skin diseases, including epidermal dysplasia. Yeast infections are also common for this breed, which can cause hair loss if not treated.

Yorkies could develop hip or elbow dysplasia, von Willebrand’s disease, or hypothyroidism. They do shed somewhat, but it isn’t noticeable. Plus, they aren’t prone to illnesses that can include hair loss as a symptom.

Westies do quite well with children, but they have their moments, so you should use caution when your pet is around a young child. Of course, these dogs were bred to be hunters, so it’s no wonder that they will chase and bring you their kills as prizes.

Though this is alarming for some, it is easy to control. You can teach them to leave their kills outside the house or in a designated area where you don’t have to see them.

When it comes to adaptability, Westies are suitable for almost any location, but you should not leave them alone for excessive periods if they’re in an apartment building. They’re likely to bark and cause a disturbance.

Of course, this dog breed can be comfortable in any weather, but they do like it cold rather than hot. As such, you may find it ideal to keep them inside as much as possible during the summer.

Yorkies, on the other hand, aren’t friendly to children or other pets. Thus, you should not leave them alone with a child.

Since these dogs were designed for hunting and catching vermin, they will leave you “surprises“. Often, you’ll find dead rats, mice, birds, and other small animals on your doorstep or in their mouths.

You’ll find that these dogs will defend their territory, which makes them good watchdogs. That also means extra training is necessary. For example, you may not want them to bark at strangers who come to the door.

These dogs are sociable, so they dislike being alone for extended periods. You can go to work, but be prepared for your pet to be barking when you get back. The Yorkie cannot tolerate weather that is too hot or cold, either.

We understand that the decision between a Westie vs Yorkie is a tough one. It’s not easy to decide which pet is going to be best for your situation or needs. Of course, you want to consider your specific lifestyle and whether or not you have young children.

With so many things to ponder, we made it easy with this helpful guide. You learned about the characteristics, health, and description of both breeds. If you choose the Westie, which we think is best, please make sure you learn more about this breed.