No dog is a 100% good. They have a little bad in them. You need to know both the good and the bad to make up your mind on whether you should adopt them. When I got Sami, I too wondered about their good and bad side.

In the end, I decided to make Sami, my Westie, a part of my family. For me, the good was so much more than the potential bad. If, like me, you’re also wondering about the good and bad side of a West Highland Terrier, you’ll find what you’re looking for right here.

Is a Westie Right for You?

A West Highland White Terrier is right for you if you’re looking for the following characteristics in a dog:

A westie is not right for you if you don’t want to deal with the following things:

What You Need to Know?

You can’t predict a West Highland White Terrier’s inherited temperament, as it is less predictable than its inherited physical characteristics (size or shedding). You can shape your Westie’s temperament and behavior with proper training.

How Can You Avoid a Westie’s Negative Traits? 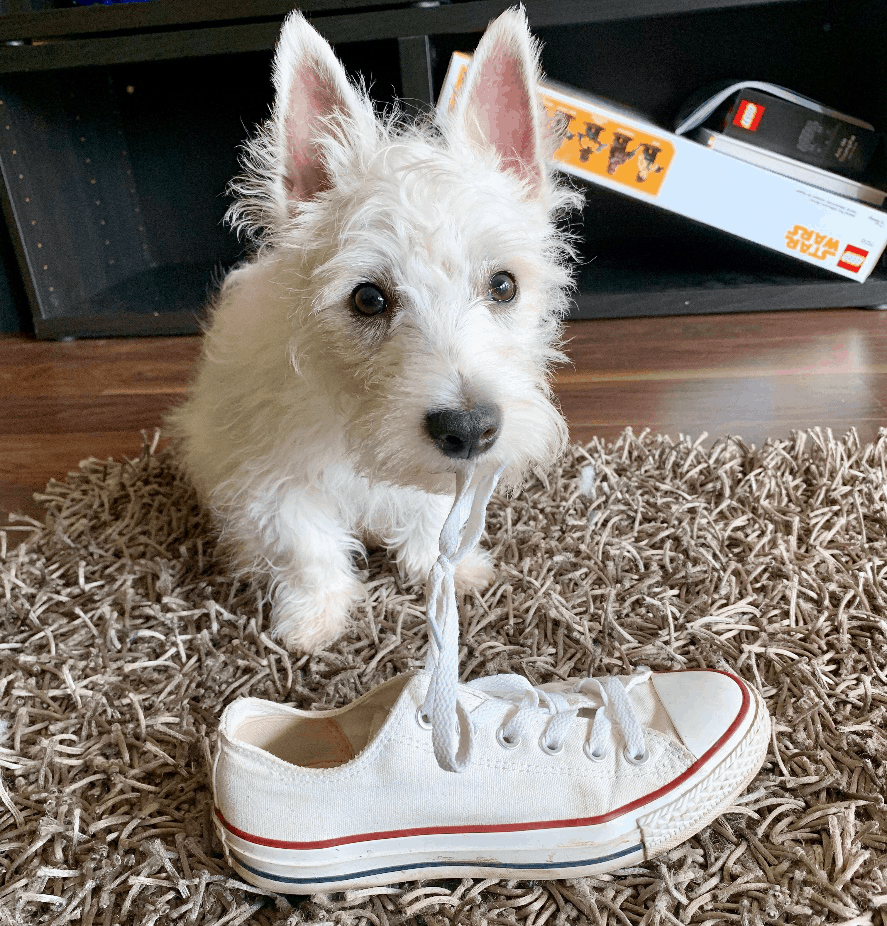 Here are a few ways you can avoid the negative traits of a West Highland Terrier:How Can You Avoid a Westie’s Negative Traits?

What Characteristics of West Highland White Terriers Should Concern You the Most?

If you’re seriously considering opening your door and heart to a West Highland White Terrier, you need to first know more about the following characteristics:

Some words used to describe their dynamic temperament include quick to chase, quick to bark, bossy, lively, scrappy, feisty, independent, smart, persistent, impulsive, stubborn, and intense. There are some terrier breeds that have more of these qualities than others. Where does a Westie fall into this? Most Westies fall in the middle of the spectrum, but there will be some Westies that will definitely be high up there.

Generally, West Highland White Terriers get along with children just fine. For a Westie to become friends with children, the age of children matters. With small children such as toddlers, terriers will display a no-nonsense attitude, thus souring the friendship between the two.

Most terriers do not like to be teased as well and will react quickly to it. For instance, clumsiness of children, accidental squeezing of their ear, stepping on their paw, or pulling their whiskers will not sit well with them.

Most terriers are also possessive about their personal belongings such as food and toys. If a child tries to take away their food or toy, they will get defensive. If you have small children, you should wait until they are a bit older to adopt a West Highland Terrier.

The only time your Westie may show aggressive behavior towards other animals is if they do not personally know the animal. Otherwise, Westies will get along with other dogs and cats. In fact, a little better than other terriers would.

You shouldn’t take a Westie off the leash when you’re out and about because they are likely to run after small animals such as squirrels and all your efforts to stop them will fall onto deaf years. When they are running, they don’t hear anyone, as they are in the zone of chasing.

Never think for a West Highland White Terrier because they’ll not appreciate it. They are independent thinkers with a mind of their own. Even though they are more willing to training, only if you start training them from an early age.

Training a fully-grown dog to think they are not the king of humans is difficult, but still possible. You may need go to a professional trainer with experience in training Westies to train your adult Westie. Their stubborn and dominant personality also makes training them difficult.

You’ll also have to make a conscious effort to make them stop barking at any thing that moves. If they bark, tell them to stop immediately. You have to be quick. Otherwise, they will continue to bark, and that continuous barking is never good for you or others around you.

You have to prepared to potential health problems they may develop with age. Some of the common health problems your Westie may develop include skin issues, Addison’s disease, which is an endocrine system disease, liver disease, joint problems, cataracts, degenerative brain disease, and more.

These were the good and the bad about adopting a Westie. If you still think you have what it takes to take care of a West Highland White Terrier, there’s nothing stopping you from bringing one home. You can always visit me to learn more about Westies as well as for updates on Sami, my adorable Westie.

My reaction every time human thinks she got a cute

If you see a Westie and think "they're so gorgeous

I now use the stairs all the time 😍 Watch my fu

Throwback to a few months ago ❤️🐾 I was sta

Here is a closeup of me today 🤪 If I look conce

My human can't stop laughing at this 😂😅 I do

Here I am in my most dignified posture for the cam

When you're doing your thing at the beach and you

It's Sunday morning, so I posted a new video on my

I had a lot of messages asking why I'm wearing sho

Two sandy Westies happy at the beach! 😍💛 Hav